Important: Influence of Citrix & Login VSI on the results

Over the last couple of months, a lot of new insights have been shared on GO-EUC. After publishing one of our results, we received some feedback regarding these results within our slack channel. It appears that some of the test results were affected by a specific setting, in the OS, which means the results may vary between product versions. This blog post will explain the insights, analysis, and effected results.

Based on our recent research and blog post Citrix VDA versions breakdown, a giant leap forward Muhammad Dawood (Principal Software Engineer at Citrix) and Martin Rowan (Head of Engineering at Highlight, former Citrix employee) have joined our Slack channel to talk about our results. We got challenged by them, specifically on the FPS values of the older VDA versions. These numbers did not exhibit the behavior as Citrix would have expected them to be.

Our test results show that both versions of Citrix VDA 7.15 and VDA 7.18 have an overall higher FPS. This is the part which is not as expected and should show a similar pattern as version 1808.2 and 1811.1 (lower FPS). Our analysis tells us that, in theory, something within the workload is continuously generating screen updates.

To get a better understanding of what is going-on a call was organized to investigate the behavior between the different VDA versions. During the call, we analyzed the workloads and it was noticed the progress bar of Login VSI is causing the high FPS.

Within the Login VSI progress bar, there is a small green line that contains an animation. This animation has a shiny effect and a background shadow.

As the progress bar is always on top this will influence the FPS.

The insight was that this behavior was not present in the later VDA versions (e.g. version 1808.2 and up). After further analysis, we discovered that Citrix applied some optimization in the VDA. Although we could not validate the exact setting, we did manage to get the same animation effects by disabling the “Animate controls and elements inside windows” setting in the operating system. 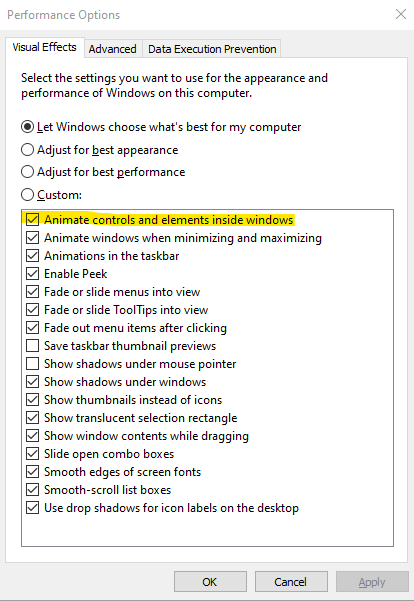 This setting disables the animation inside windows and therefore also within the Login VSI progress bar. Please note, the setting mention above only applies to the current user.

As shown, this has a tremendous positive influence on the overall results.

Not only the FPS is influenced by this change but also shows an impact on the other metrics from which the CPU metric is most notable. All this results in a higher VSImax value in favor of the VDA version 1808.2 and higher.

Our point of view on these insights

Well, data does not lie but because of the changes made to newer VDA versions (1808.2 and upwards), there wasn’t a level playing field anymore. The results would always be in favor of these newer versions in our comparison blog.

We could not find the optimization change in the release notes of the Citrix VDA releases. As this change is a form of OS optimizations, we believe this should be part of the “Citrix optimizer” instead of being a part of the VDA itself and therewith let us decide to apply this optimization as it influences the end-user experience.

From a Login VSI perspective, we would expect it to only generate workload and not to be influencing the results from outside the workload itself, meaning the progress bar.

Does this mean Citrix is wrong? No; they develop their product to deliver optimal end-user experience. Does this mean LoginVSI is the fault? No; LoginVSI delivers objective and reliable data at all time when comparing configurations.

For our upcoming researches, we need to create a “level playing field” again. Knowing that our environment is changed with the Citrix changes in the VDA we have three options to avoid the influence on the FPS:

We believe that the first option is the way to go and this can be achieved by removing the progress bar entirely as this method does not require custom optimizations within the OS. Therefore, we decided to adopt this option for the upcoming researches. The removal does not influence the LoginVSI functionality in any way. 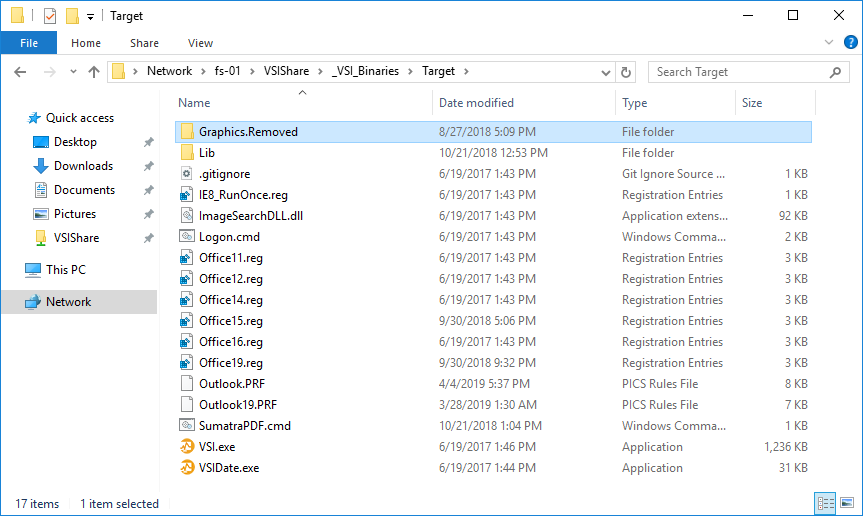 A couple of our published researches are affected by the differences in FPS because of the VDA versions we compared, and this tells us that we need to rerun the tests with the above-mentioned change in setup.

It is important to understand all the results we published are correct and the conclusions will most likely remain the same.

We are thankful to Muhammad and, Martin for helping us understand our playground. If, in the meantime, you have any questions or remarks please feel free to reach out to us on our Slack Channel.

Photo by Ivan Vranić on Unsplash