On January 14 2020, support will end for Windows 7. This shouldn’t come as a surprise to you, as Microsoft has been warning for this for the past couple of years: 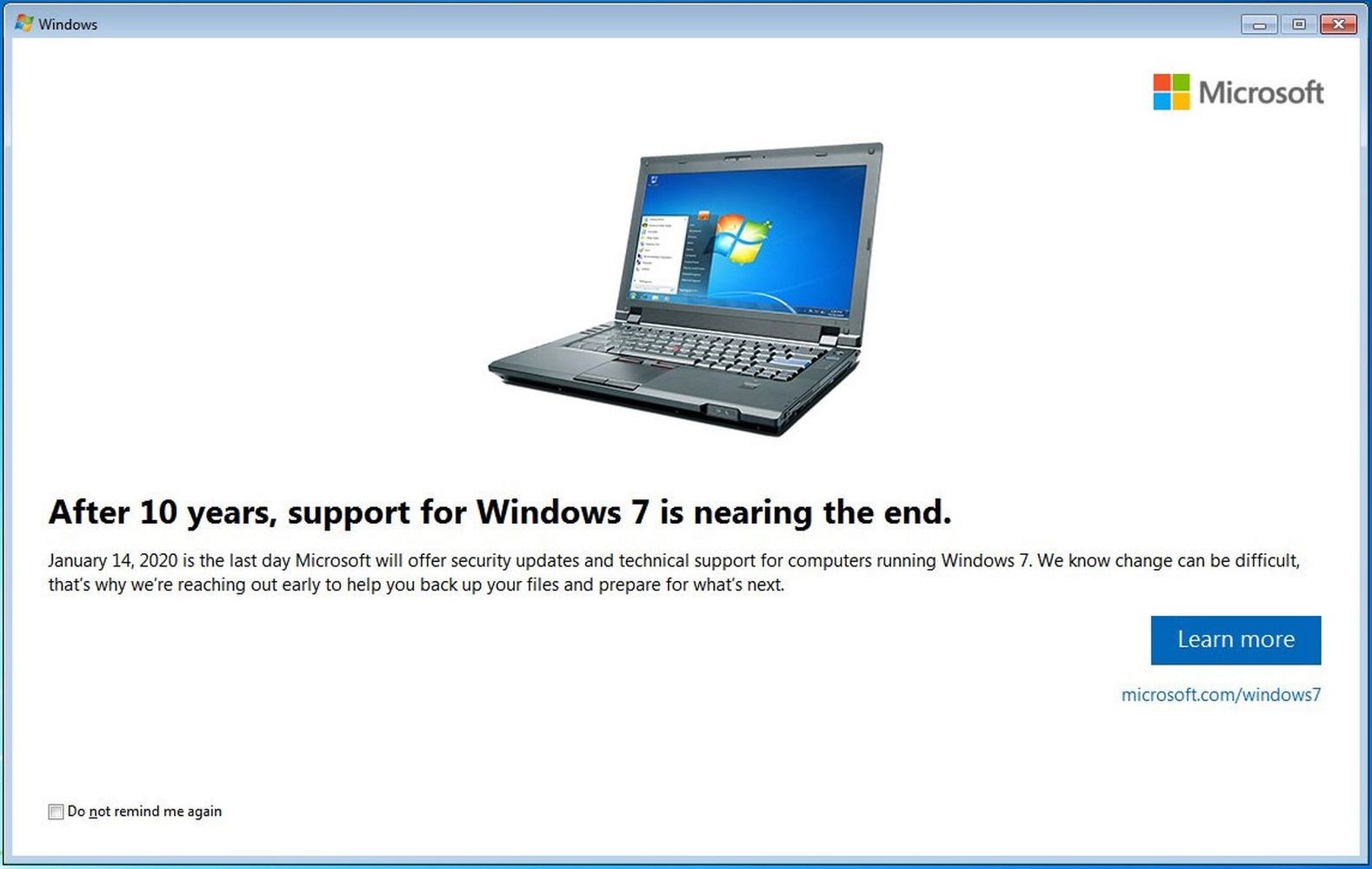 Nonetheless, there are still (VDI) environments that haven’t been upgraded to Windows 10 (or 8) and are still running Windows 7. For those environments, it’s interesting to know what the performance impact will be when they migrate to Windows 10. We’ve already seen that with every new feature release of Windows 10, there is an impact on user density and application response times. We’ve also seen that vulnerability mitigations for Spectre, Meltdown, L1TF, and MDS also have an impact. Therefore it would be interesting to see what the performance differences are between Windows 7 SP1 without updates versus Windows 7 SP1 that is fully updated. Then we compare these results to Windows 10 build 1809 fully updated.

This research has taken place on the Nutanix lab environment. The host for the desktops has the following specifications:

The following parameters apply to this research:

For this research three scenarios are defined:

All scenarios are optimized using the VMware OSOT (version b1110) with the recommended templates. Each scenario is tested according to our default testing methodology which is described here.

I remember a couple of years ago that Login VSI tests showed an impact of 30% when upgrading from Windows 7 to Windows 10 in a VDI-context. Previous research showed that the individual feature builds of Windows 10 (1709 vs 1803 vs 1809, etc) already show a big impact in performance. And let’s not forget all the vulnerability mitigations that cause a huge impact. I expect that these mitigations will have an impact on Windows 7 as well and that there is an impact between a fully updated Windows 7 environment and a fully updated Windows 10 environment.

Like the previous researches on GO-EUC using the Login VSI VSImax, it is possible to validate the user density between the scenarios. The Login VSI baseline provides an indication of the difference in the overall response times.

Based on the Login VSI VSImax we should see a similar pattern in the CPU utilization as the lab environment is CPU constrained.

A higher CPU utilization means fewer users can be hosted on the environment. There is a 6% increase in the CPU utilization when comparing Windows 10 to Windows 7, while the Login VSI VSImax results showed an impact of 16%.

The next charts show the impact of the Login VSI workload on the storage. This is especially important if your current storage solution was designed for Windows 7 and you don’t have much overhead.

A 160% increase in logon time with Windows 10 compared to Windows 7 is not realistic because the test with Windows 10 was hitting the maximum capacity of the CPU at 28 minutes already. A better comparison is to compare the logons of only the first 25 minutes of the tests.

Even if only comparing the first 25 minutes, there is an increase of 35% in logon times with Windows 10 compared to Windows 7. One of the reasons for this increase is the installation of the Universal Windows Platform (UWP) apps, which are installed at first login. Although the optimization tool does remove a lot of these apps, you cannot remove all of UWP apps.

I was surprised that there was such a huge impact on the capacity when comparing Windows 7 unpatched to a fully patched Windows 7. The 16% lower capacity (Login VSI VSImax) of Windows 10 is definitely something to take into consideration before upgrading to Windows 10. There could be a bigger impact if you’re currently using Windows 7 with just 1 vCPU (yes, these environments do exist). Windows 10 needs at least 2 vCPUs and increasing the total number of vCPUs will also impact the density.

Another concern is the lower response times (33% lower Login VSI baseline) and slower logins with Windows 10. If possible, consider planning the migration to Windows 10 with a hardware renewal, using newer CPUs, with more cores and higher clock speed will help get back some of this performance. The increase in Read I/O (50%) is also worth mentioning, especially when your storage solution doesn’t have the performance or caching to handle this increase.

As a final word of advice, always validate the performance and user experience in your own environment before moving to production.

Is your VDI environment still on Windows 7? Share your experience in the Slack Channel.

Photo by Alex Mertz on Unsplash

Sven Huisman
Sven is working as a solutions architect at Nutanix with the focus on End User Computing. The opinions expressed here represent his own and not those of his employer.